Press enter to begin your search

The property is host to known nickel-copper mineralization (Nickel Island Occurrence) last explored by Inco Ltd. during the years 1957 to 1958 and has remained dormant for well over 50 years since that time. Historic drilling returned drill intercepts of 4.33% nickel over 4.50 metres and 1.18% nickel over 21.34 metres. Some later re-assaying of selected drill core completed by Inco, suggests the potential for significant platinum-group-elements.

The geological evidence gleaned from historic data is suggestive of the presence of ‘Kambalda-type’ mineralization on the property, featuring disseminated, stringer and net-textured nickel-copper sulphides occurring within spinifex-textured ultramafic flows and intrusions. Kambalda-type deposits are characterized by high nickel grades and tend to occur in clusters within the base of ultramafic flows and intrusions in channel-like deposits. 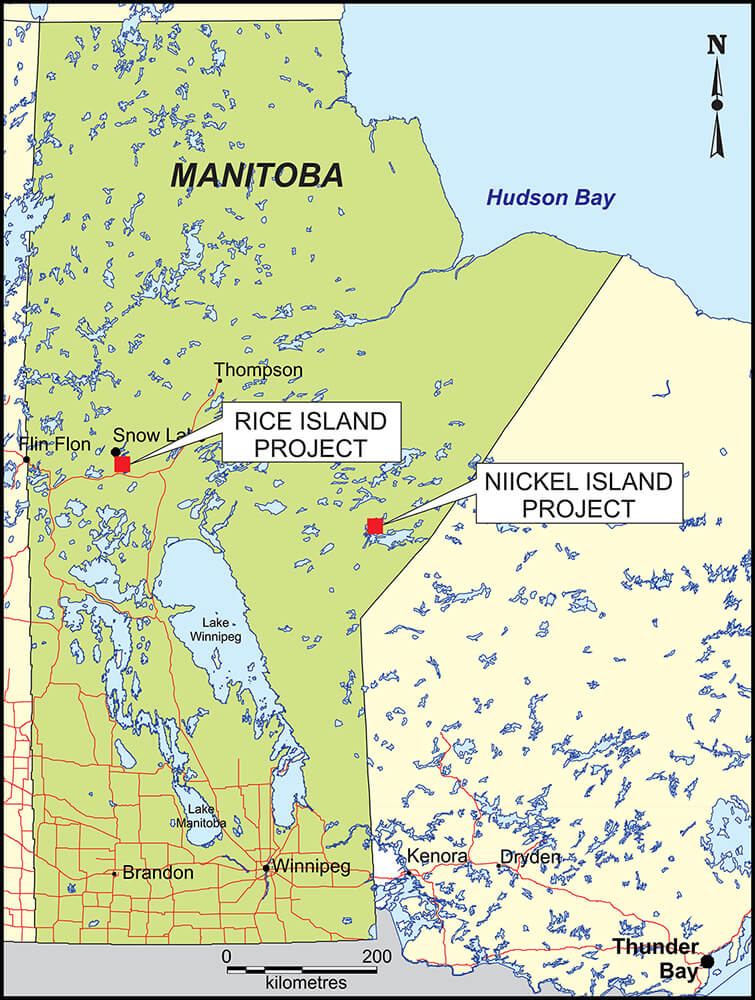 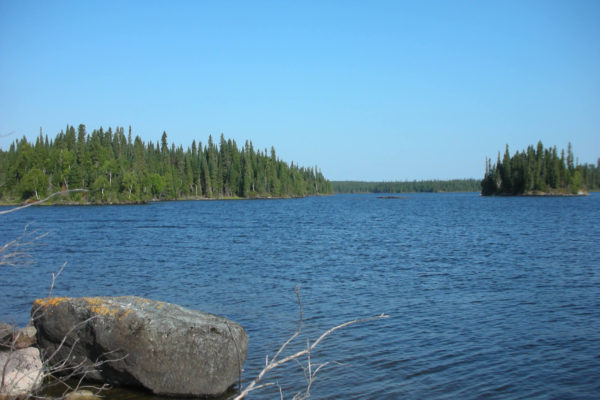 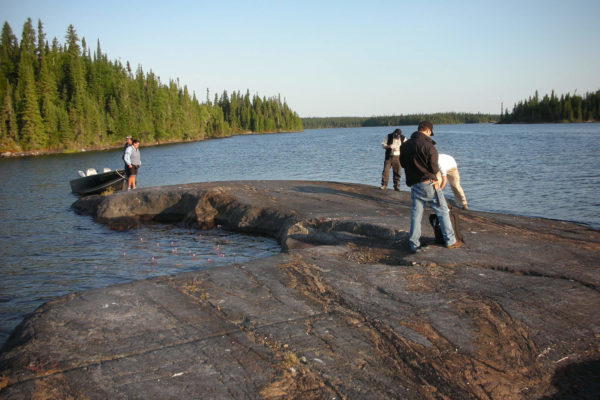 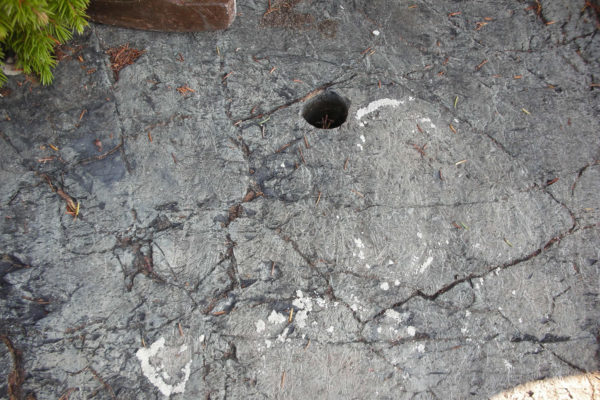 The 100%-owned Nickel Island property comprises 6,041 hectares and consists of 4 mineral claims (MB11932-MB11935) totalling 700 hectares and a pending Mineral Exploration License (MEL No. 1044A) totalling 5,341 hectares. The property is located in the Island Lake Area, 10 kilometres west of the community of Garden Hill and 280 kilometres southeast of the City of Thompson in east-central Manitoba. Access to the property is by air during the non-freezing season and by winter road during the freezing season. 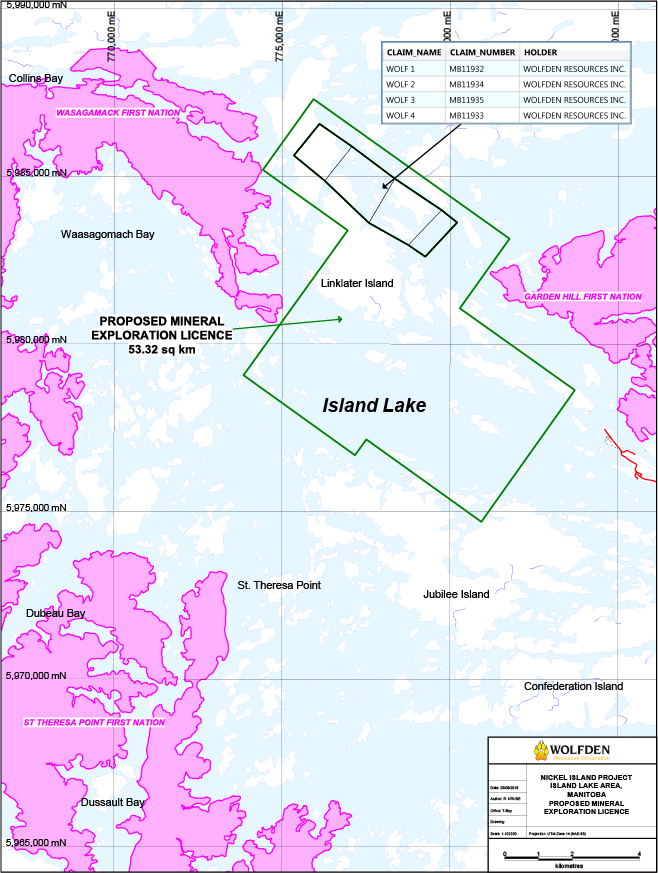 Rocks of the Hayes River group are predominantly mafic to felsic flows and pyroclastic deposits with lessor amounts of argillaceous and arenaceous sediments. In general, the sediments overlie the volcanics and exhibit a fining-upward sequence. The upper portions consist of variable amounts of intercalated greywacke, siltstone and argillite. It is at or near the top of this sequence that a number of ultramafic lithotypes are present. Locally, the ultramafic rocks exhibit spinifex textures implying that they may be komatiitic flows. The Nickel Island occurrence is hosted within such ultramafic rocks on the property.

The historic drilling completed by Inco during the 1950’s tested the mineral occurrence over an intermittent strike length of close to 1 kilometre and to a maximum vertical depth of about 400 vertical metres. The deposit appears to be open-ended along strike and at depth. Significant drill intercepts include 4.33% nickel over 4.50 metres, 3.12% nickel over 2.99 metres as well as 1.18% nickel over 21.34 metres and 1.20% nickel over 18.75 metres.

Mineralization consists of disseminated and net-textured pyrrhotite, pentlandite, millerite, pyrite and minor chalcopyrite that primarily occurs towards the base of the ultramafic rocks. Lithologic association and form of mineralization are all compatible with ‘Kambalda-style’ of nickel deposits. This model type invokes komatiitic ultramafic flows becoming contaminated with sedimentary sulphides and nickel partitioning into immiscible sulphide commonly deposited in topographic lows or troughs. 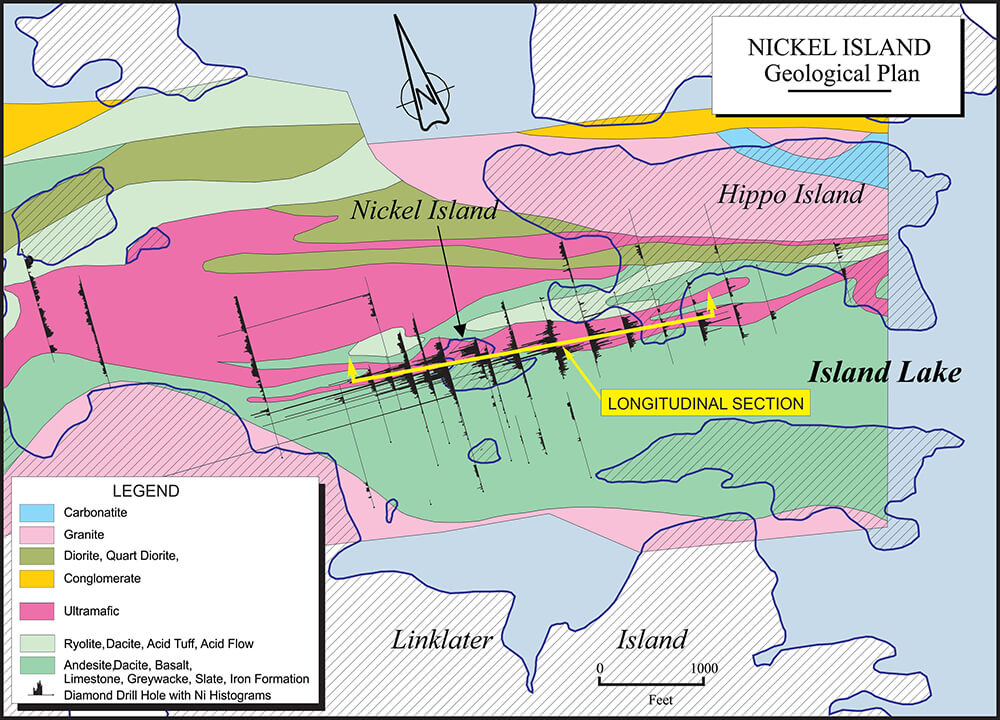 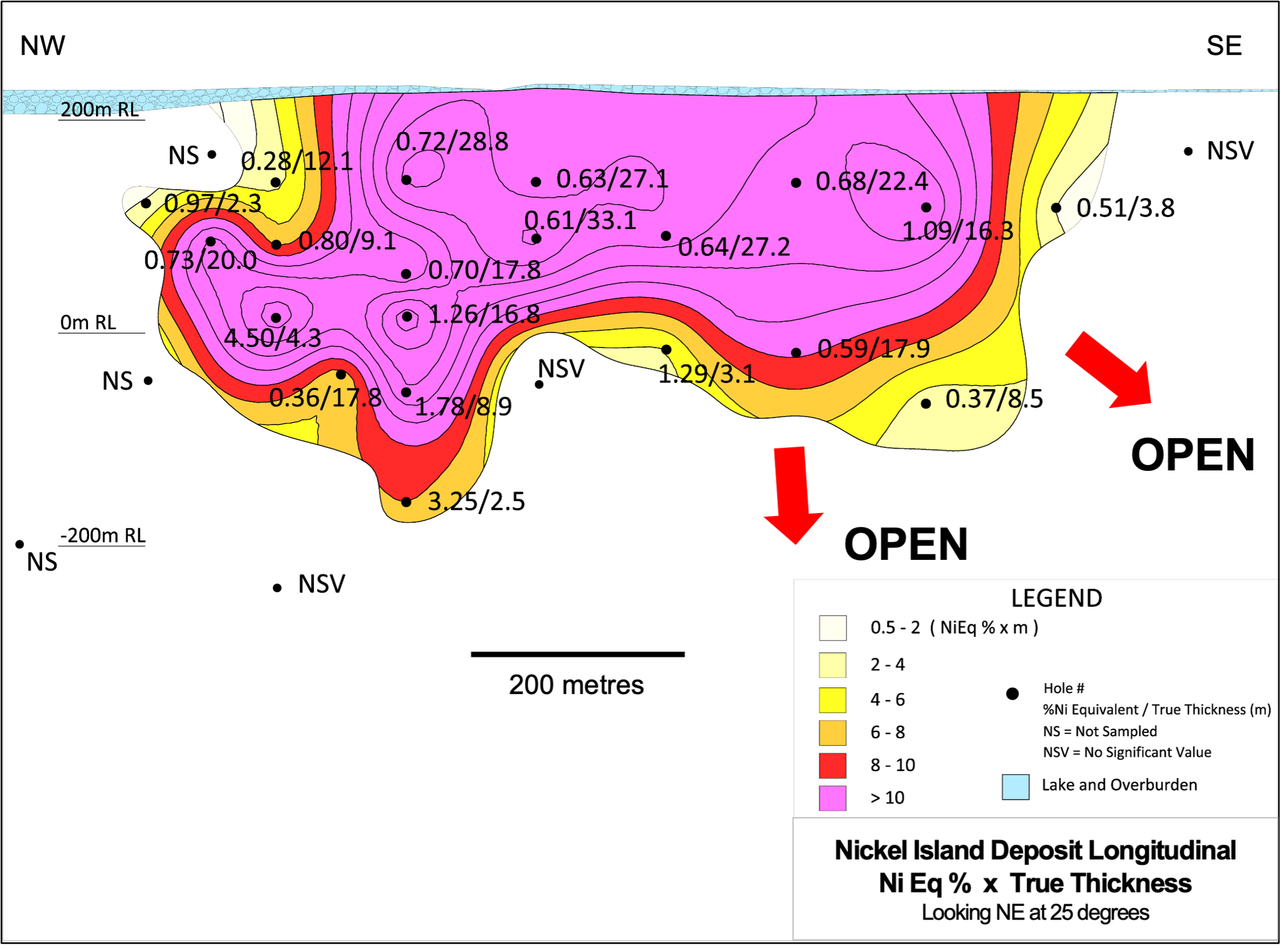 Since staking, Wolfden has completed a detailed property-wide VTEM airborne geophysical survey to create a database to correlate with known mineralization and to find additional prospective targets elsewhere on the property. The survey comprising 717 kilometres of flight lines, resulted in the definition of 2 large areas of keen exploration interest. 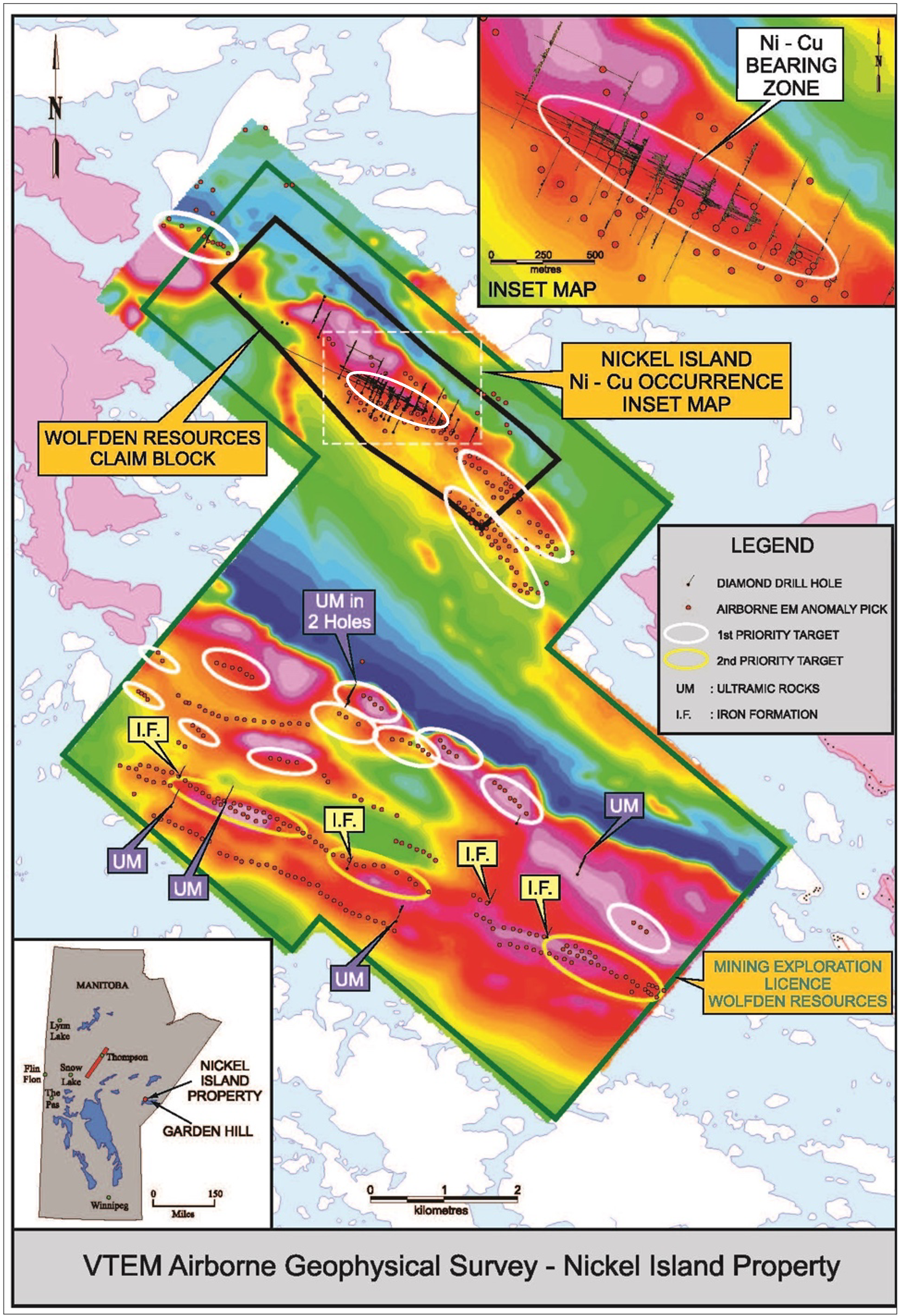